Cutting back the hen's cage

Here's what the house side of the cage looks like now: 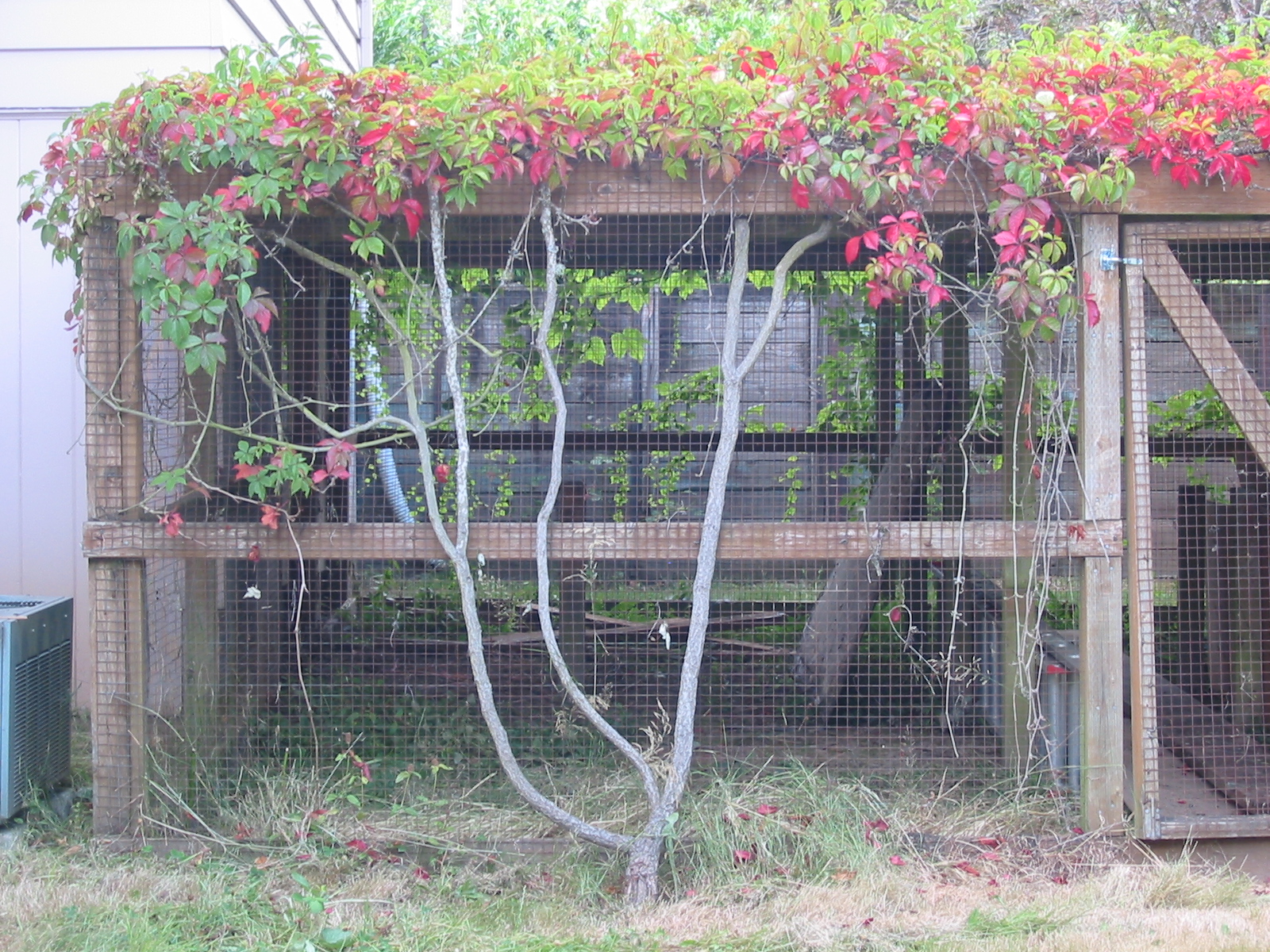 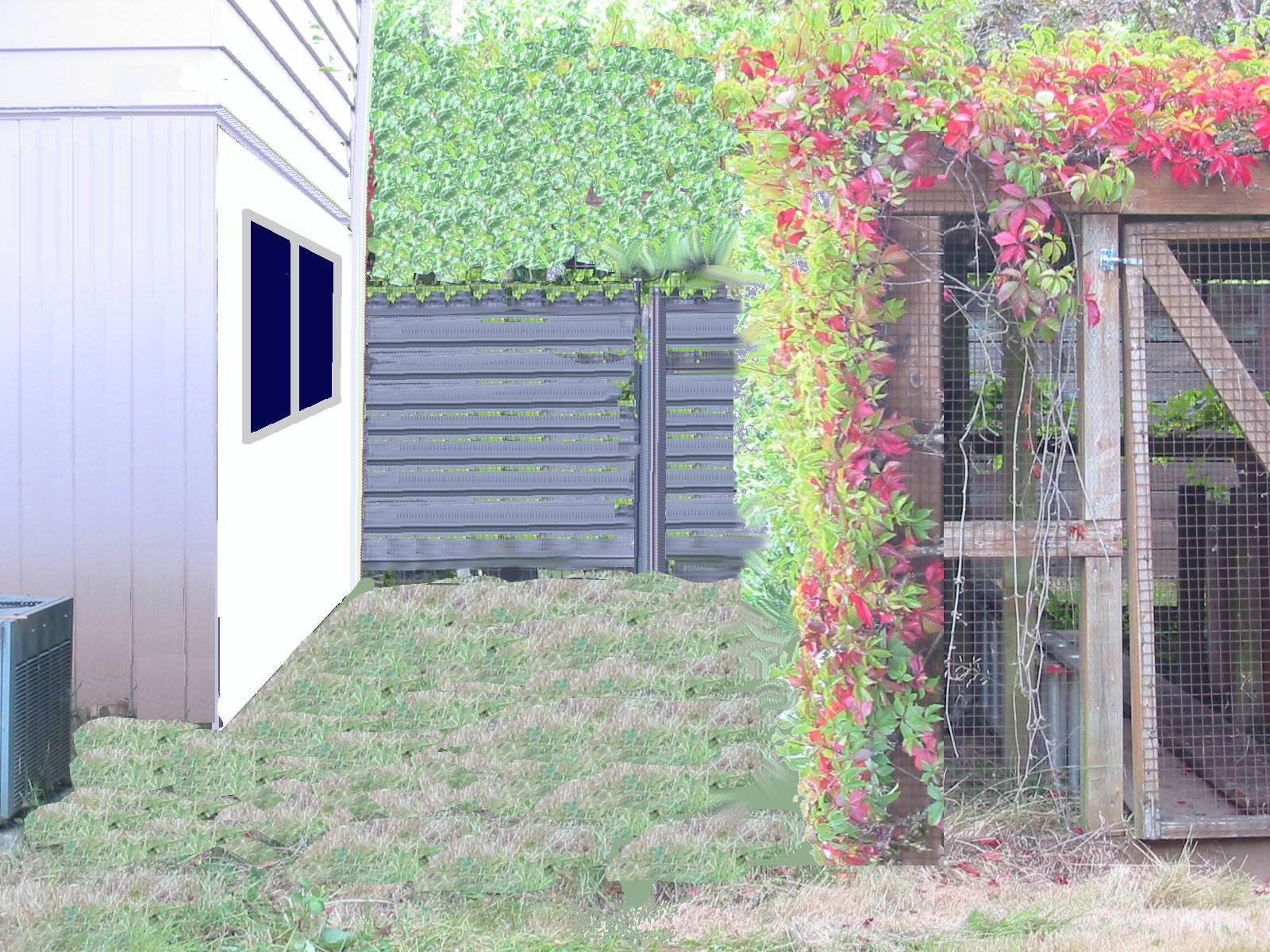 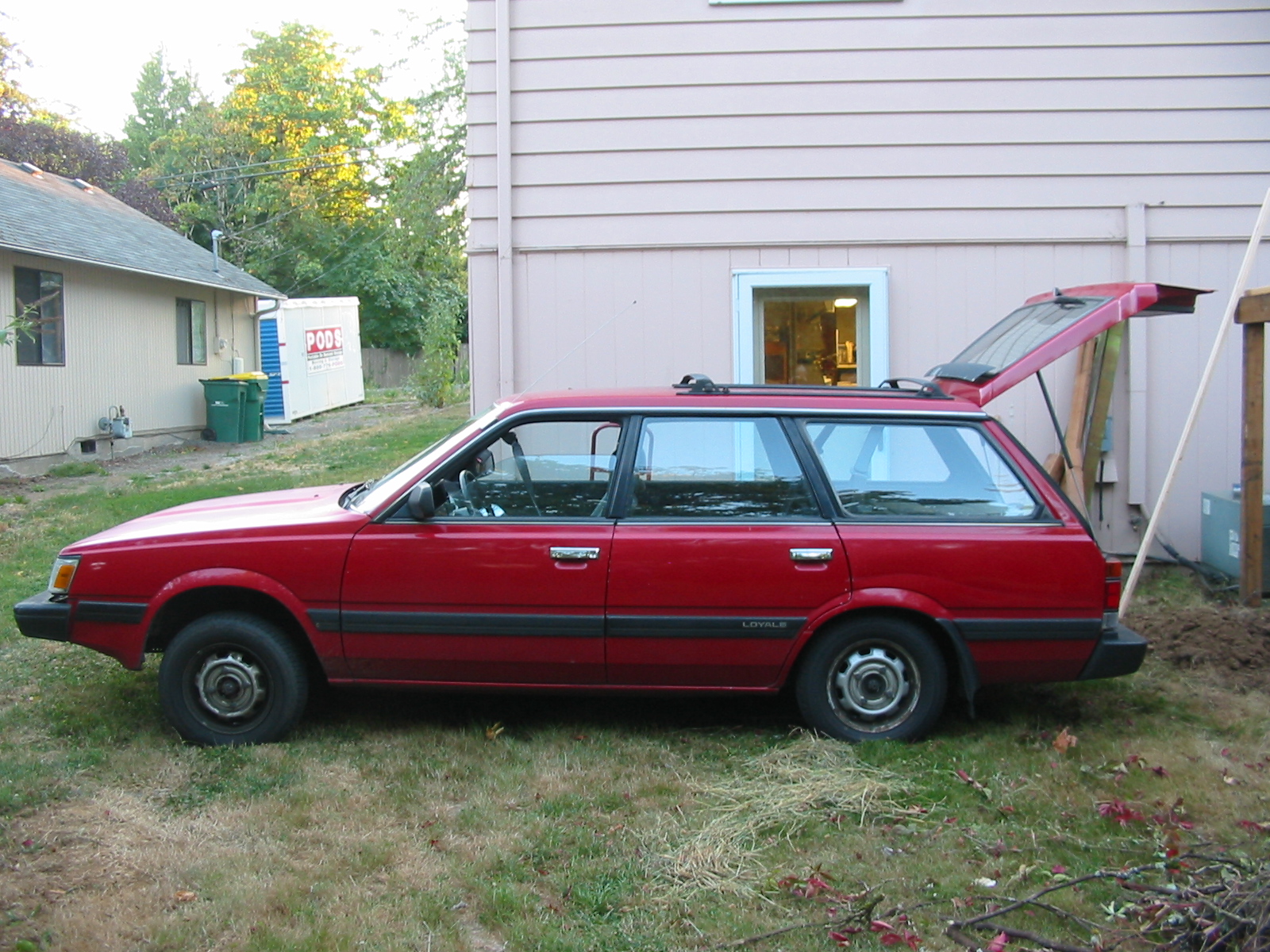 I removed the posts that supported the cat shelter. The wood is in good shape, set in concrete.

The white string marks the position of the new wall 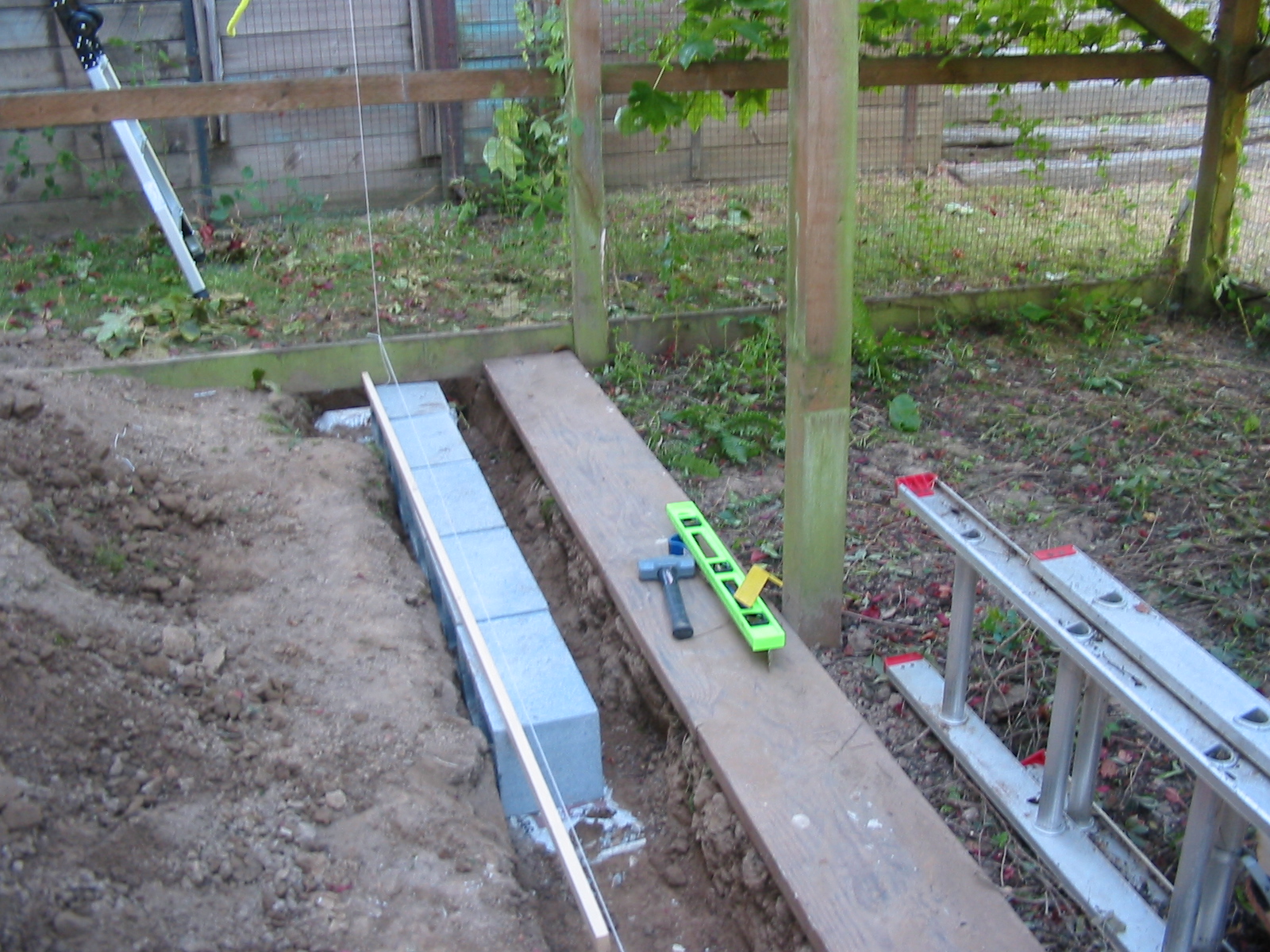 Former roof now is side 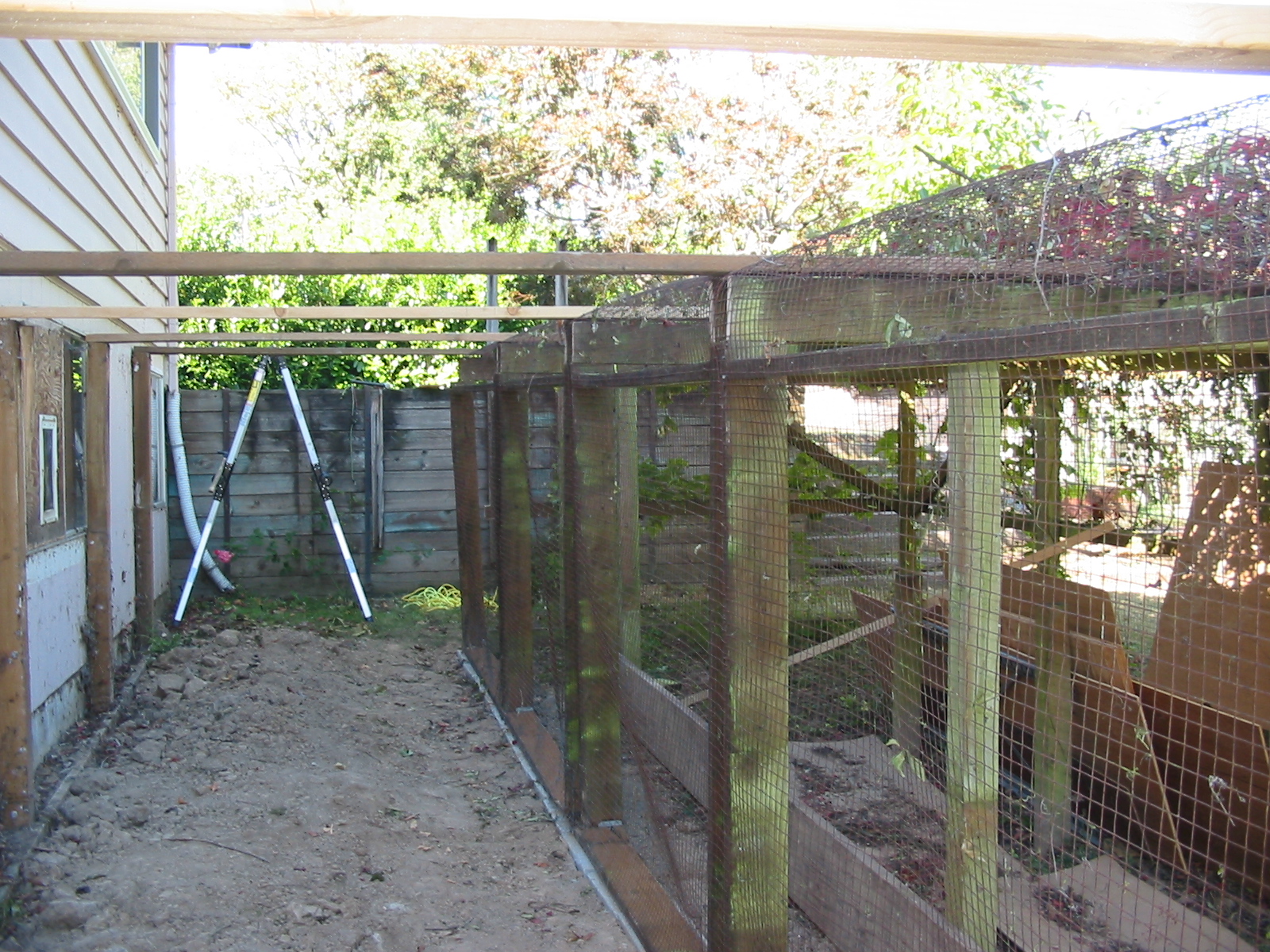 I may take some of the surplus cage mesh and build some movable fences for deploying hens in the garden, or merely in the grassy area between the cage and the house.