When our house was built in 1960, a concrete pipe was laid along the west wall extension, along the bottom ridge of the foundation, and about 1 foot below ground level. At least 6 inches of gravel underneath, a foot of gravel to the side, and 3 inches of gravel above. The gravel is round ... is that called pea gravel?

The pipe segments were not sealed together, and there is a small gap between them. The segments stop at the north and south ends of the projecting east wall, and do not turn the corner or continue all the way to the south end of the house. The railroad-tie retaining wall terminates 2 feet south of the north edge of the east extension, and the pipe runs under that.

I assume they are acting as a french drain, preventing puddling in one place, and equilibrating the soil hydration along the length of the pipe, as well as draining the soil behind the retaining wall.

Around 1996, a previous owner added a cage to the back of the house, to protect their cats from dogs and coyotes. He sank 5 posts, right at the edge of the house, and put them in concrete. The posts and concrete penetrated the pipe in three places.

Besides the penetrations, the insides of the pipes are fairly dry, free of dirt and roots and gravel.

Here is most of the pipe. 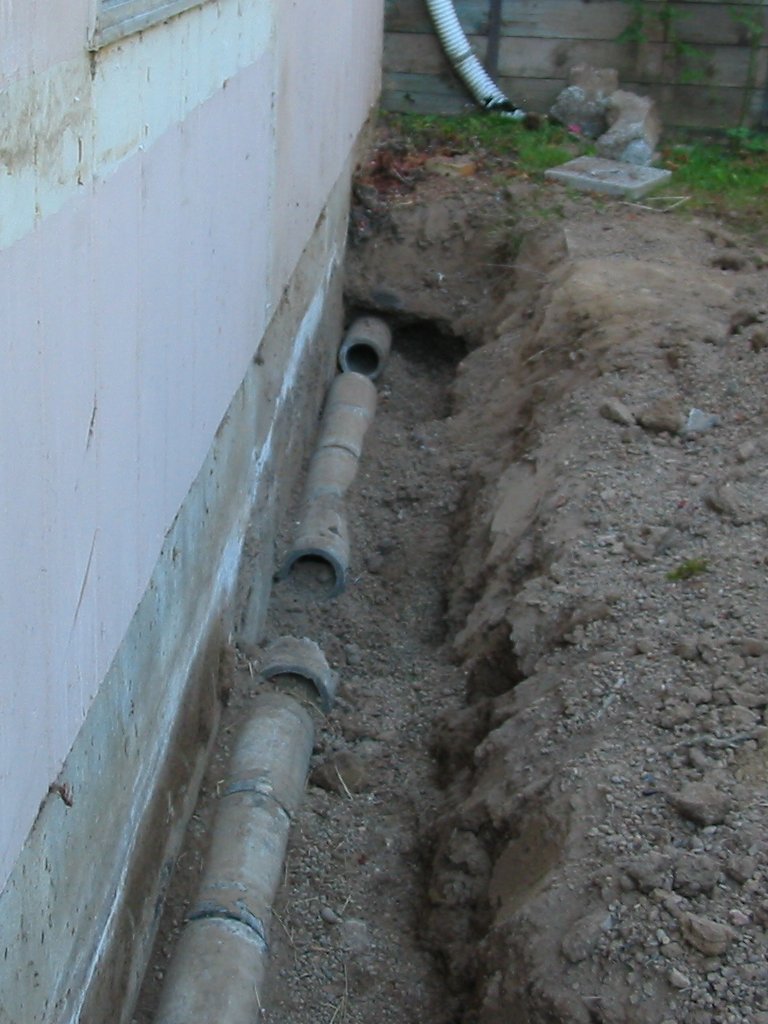 Below is one of the penetrations. The pipe end is full of concrete, broken away from the post. 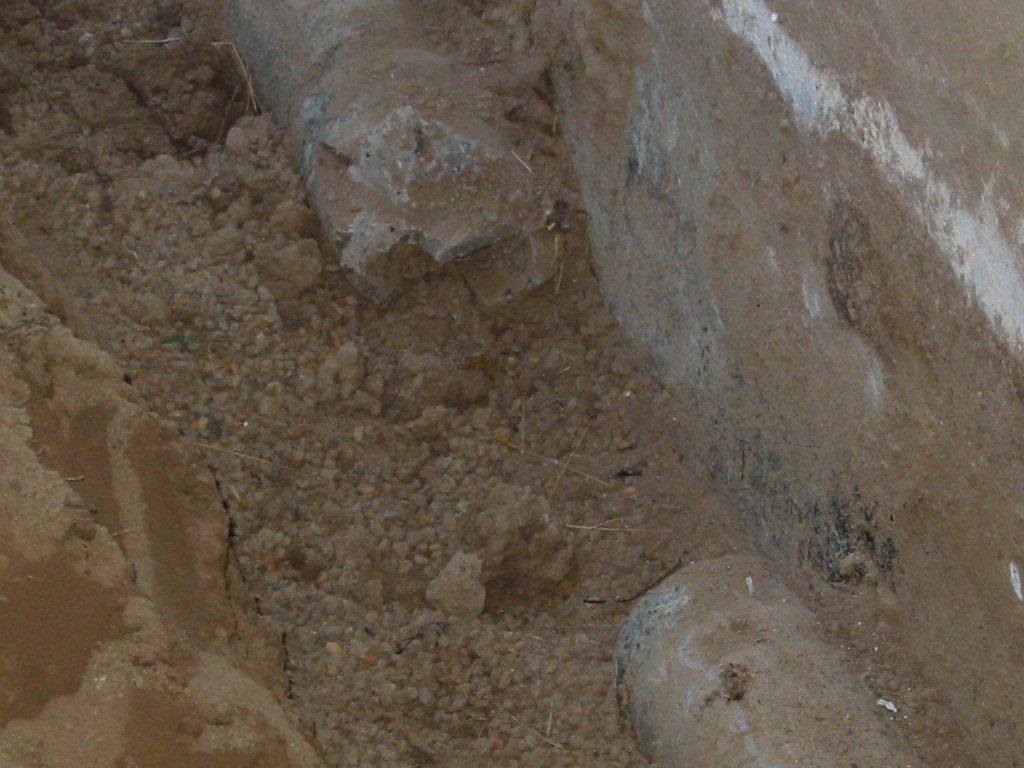 Here is a post and concrete, with a fragment of a pipe sticking out. 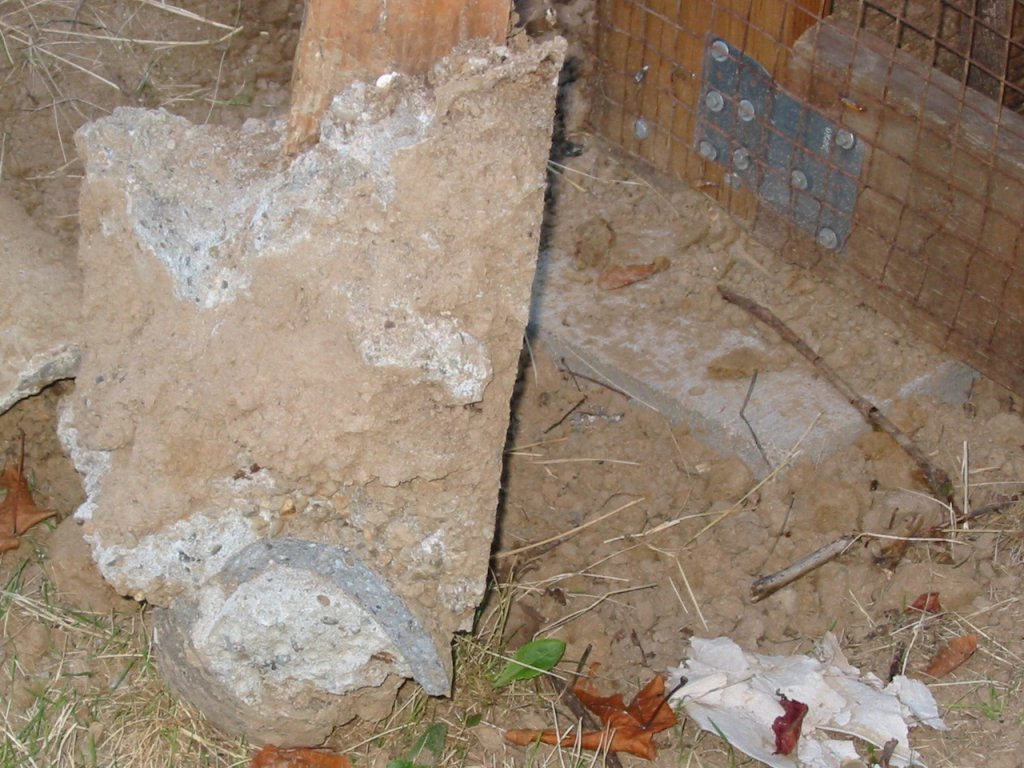 Here is some exploratory digging from the (penetrated and missing) south end of the pipe. It does not lead anywhere, apparently. I dug a hole to remove a free-standing post, to the south of the corner extention. 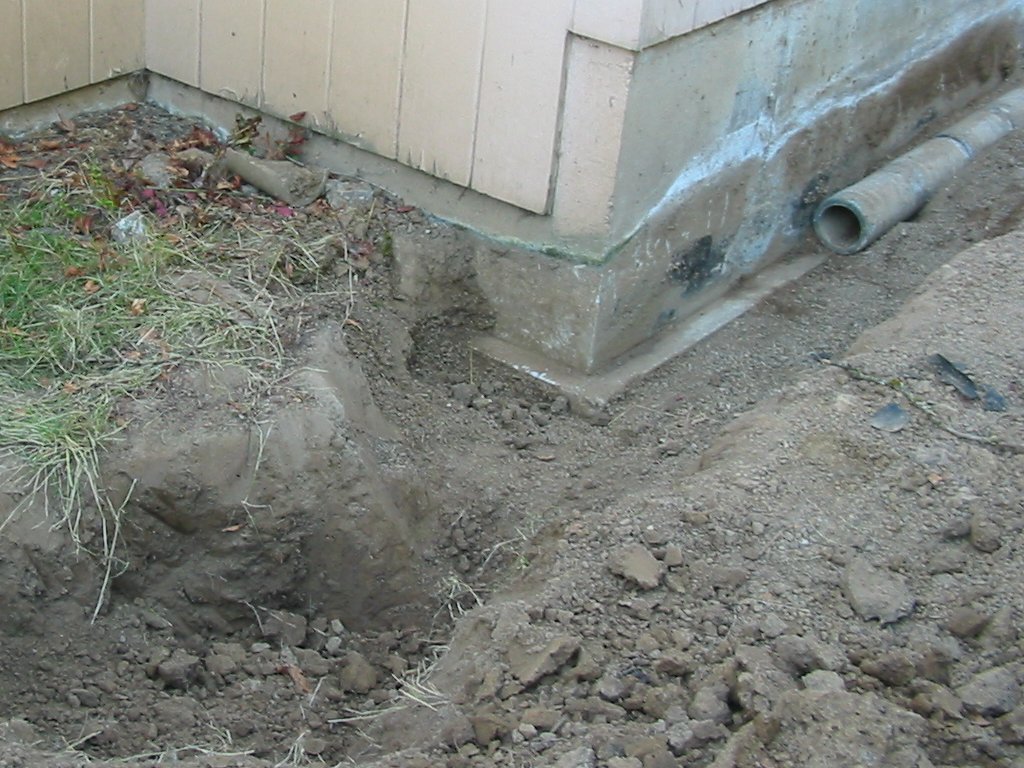 Here is where I removed the southernmost of the free-standing posts, next to the air conditioner pad. The post holes were dug with some kind of drilling machine. The black horizontal thing is the gas line to the street (which I dug out with my fingers, not a metal tool!). If the hole had been drilled an inch to the west, the drill would have ruptured the gas pipe, sparks would have ignited it, and the flames would have probably burned down the house. Be careful where you dig! 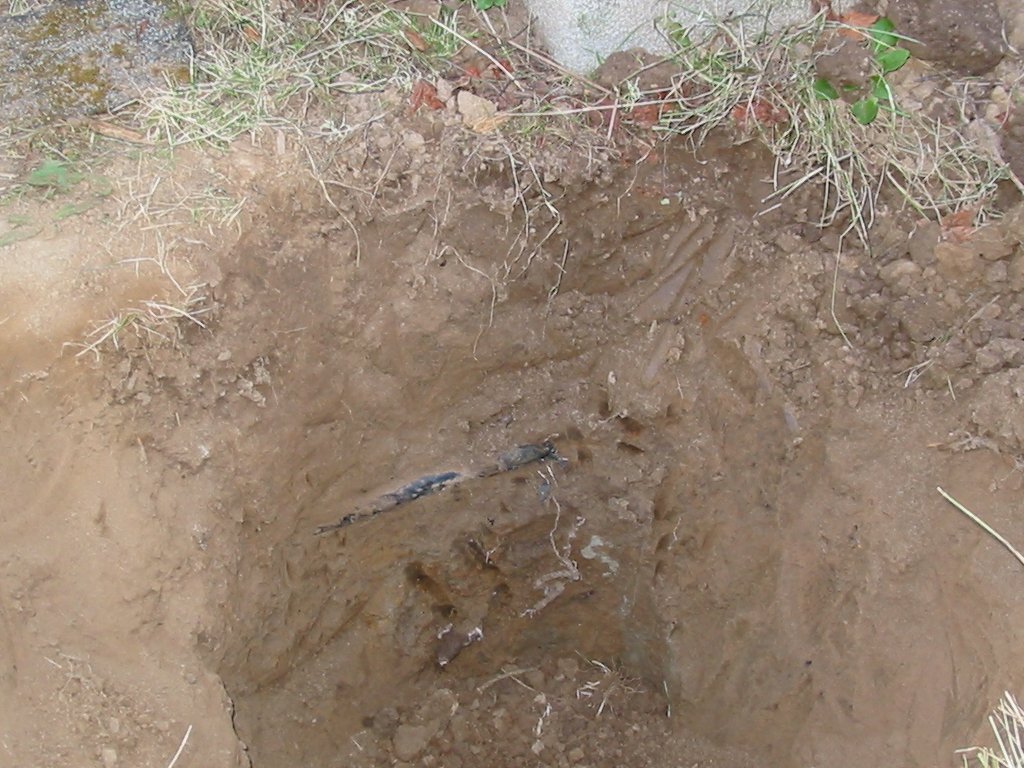 And finally, here is the north end of the pipe. I scooped out the gravel, leaving the overlying dirt intact, to show the extent of the gravel. I do not know how far the pipe extends to the north. 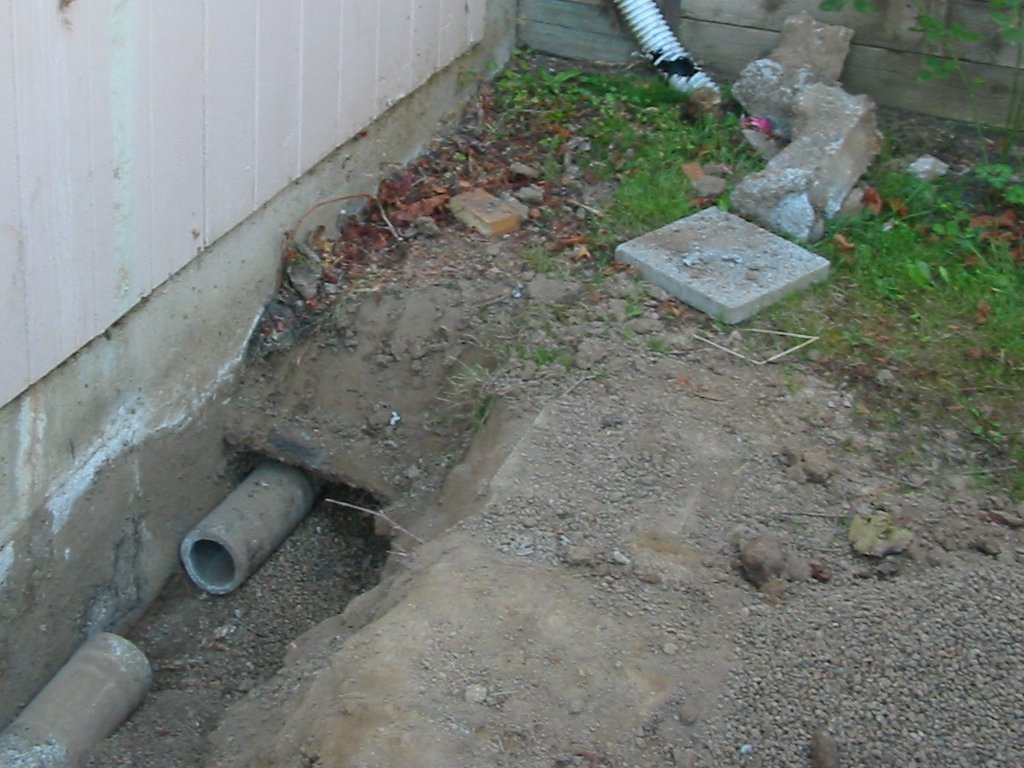 I assume I can replace all these concrete sections with longer plastic pipe, and extend the french drain to the south, angling east and away from the house. However, I will steer clear of that gas line!

I will add some new pea gravel, and cover with geotextile fabric filter to keep the dirt out.

Here are the before and after drawings: